170 One Syllable Boy Names (for First or Middle Names)

This post may contain affiliate links. As an Amazon associate, I earn from qualifying purchases. 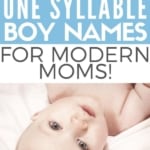 Inside: Check out these 170+ super cute one syllable boy names with meanings for modern moms! These short, single syllable names include cool modern choices, old fashioned classics & rare favorites too!

Confident, adventurous, unique, and just downright awesome—one syllable boy names are some of the coolest ones around. Whether you are looking for a classic name for your dapper dude, or want to find the perfect middle name for your baby boy, this list is sure to have just the right one for every little man.

PS. If dapper is what you are looking for, be sure to check out this list of handsome baby boy names.

Why choose a one-syllable baby name?

Choosing a short, strong, or even uncommon name for a boy with one syllable is actually pretty easy. And pretty smart! Single syllable names have a lot of benefits to them, including often being easy to pronounce, pairing with long or challenging last names, and come across as approachable and assertive, which are great characteristics for future world leaders.

They also make excellent middle names! Boy middle names that are one syllable are often a perfect bridge between first and last names, and can provide a classic or modern nickname for a child with a longer or sentimental first name.

Having twins or unsure of the gender? Check out our list of 170+ one syllable girl names here as well!

Some people LOVE researching baby names (like we do) but with no shortage of names to choose from, it can be a bumpy ride to find the one you love most.

There’s definitely no lack of inspiration on the web, but if you want something specific (like an awesome one syllable boy name), you might be overwhelmed. I’ve been down the baby name rabbit hole plenty of times and that unique name you’re looking for is likely lost in the crowd.

But, don’t worry. I’ve got you covered!

I’ve put together this alternative list of names for boys with one syllable that range from totally cool and unique, to strong classic names and even trendy new or super rare ones—any of these are sure to set apart your bundle of joy!

What are Cool Names for a Boy?

Boy names that are one syllable have an automatic cool factor. They can be strong and bold, short and sweet, but either way are still so cute!

These names tend to be on the shorter side, but pack a ton of meaning into just a few letters. Boy names with just one syllable work well as a cool nickname if passing along a multiple-syllable long family name or two separate names can even be combined to create your own unique name that is just two syllables long!

They can also be connected to points origin as well—Dax, for example, is an awesome short name for a boy and is one of our favorites in our guide of French baby names for boys.

One Syllable Boy Names for Your New Baby

I’ve put each of these short boy names into an alphabetical list for your convenience. Each line features an awesome boy’s name with meaning followed by the place of origin. We try to include the meaning of a name whenever possible to help narrow down your choices and provide some extra inspiration!

Want to know the meaning of your favorite baby names?

Follow this link, and type in each of the short boy names you want to know!

How cute are these short names for boys?

I had so much fun putting this list together! I hope you got some great inspiration for strong, one syllable boy names to add to your collection.

Make sure to share these with your other mom friends, too!

Check out this list of one syllable unisex names! If you like short boy names and short girl names, you’ll love this list of single syllable names that can go either way. Or for something different, take a look at our favorite flower boy names too!

What are your favorite names from this list? Are there any great one syllable boy names I’m missing? Let me know in the comments!

Other Posts To Check Out: 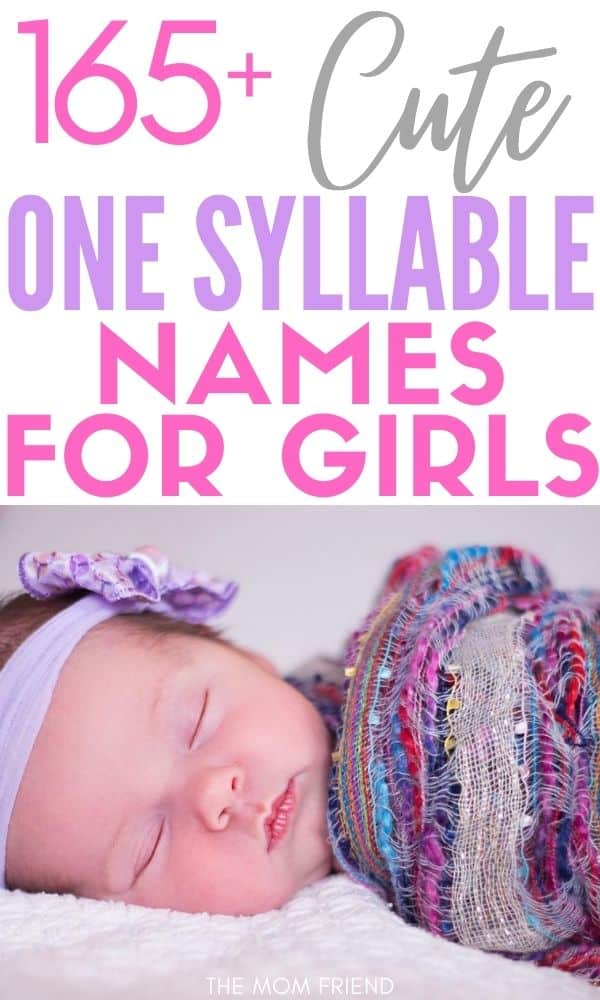 170 One Syllable Girl Names (With Meanings!)
Read Next Post →
Comments are closed.