The dreaded lead up to the final nursing session, the overwhelming feelings associated with making the decision (and following through) with stopping breastfeeding. Everything about the end of my breastfeeding journey was a roller coaster of emotions. The night we finally stopped was one of the hardest nights I’ve experienced. And given the response it got from over 100,000 readers, it is one that so many moms can relate too.

*If you haven’t read the post Tonight I Nursed You for the Last Time, you can find it here* Photos by Mary Ware 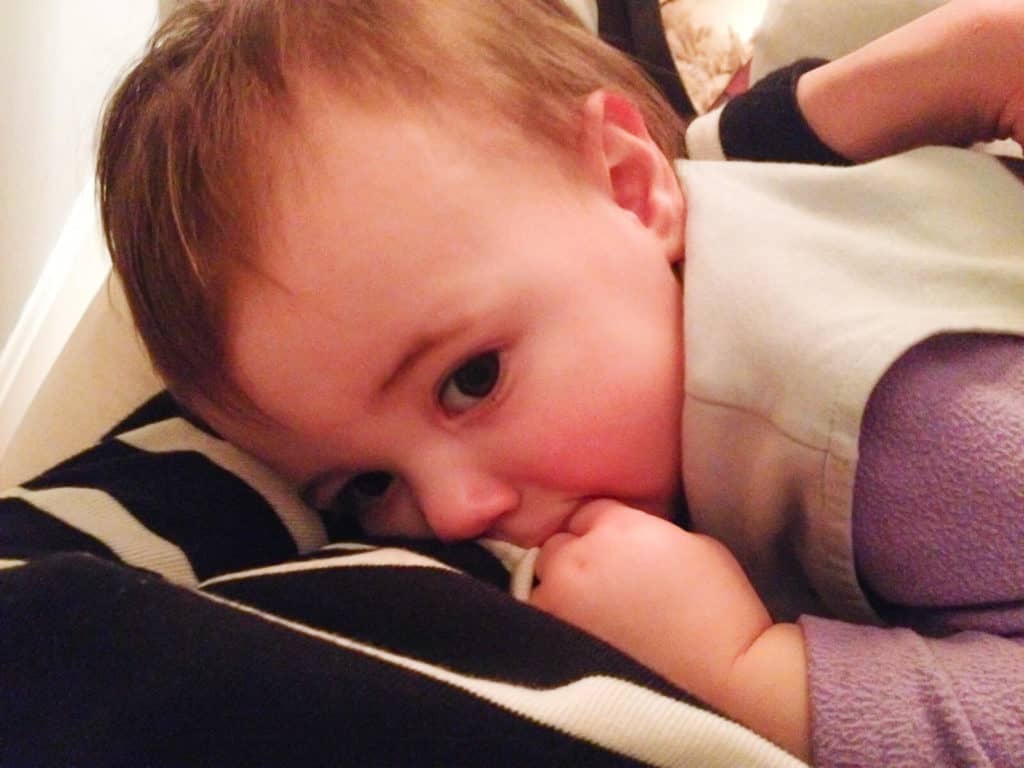 Making the decision to wean from breastfeeding is an easy decision for some, and extremely difficult for others. Some babies make the decision themselves, some mothers are forced to do it before they are ready for a myriad of different reasons. The fear and anxiety surrounding the last nursing session is something that so many moms have reached out to me about after publishing that post—they share their hearts and worries, and want to know what happens next. I have heard from so many moms that after reading my post, they dread weaning even more.

So today I’m finally sharing what the other side of my journey looked like because I want those moms—especially the ones that are anxious—to know that stopping breastfeeding isn’t the end of all beautiful things. Rather it is the end of one, and the start of a new way that is just as good.

I was so ready to stop, so ready to not be pulled at, tied down, exposed in public places by a demanding toddler. I wanted to stop feeling like it was a chore, and see what was on the other side. I knew we had reached the point that Charlie just didn’t need it anymore and that in more ways than one it was keeping her stuck in a routine that wasn’t helping her flourish.

We did a slow wean over the course of about a month, thanks to working full-time and trying to figure out how to best accomplish it. That last night—the last time breastfeeding—seemed like the world was crashing down. As I sat and poured out my heart over my keypad just an hour after putting her to bed, I had so much difficulty making sense of the storm of emotions I felt boiled up inside.

I dreaded the next day, and made plans and backup plans for what to do to try to distract her, how to respond when asked, and prepared myself to ensure my milk started to dry up. I was worried she would think I was being mean, that I was denying her something she loved, and that she would hate me for it.

Worried about losing that point of contact, and not having it replaced with something that was just as pure and wonderful. Not feeling that sense of bonding, and finding a growing distance in its place.

But mama friends, it all turned out ok.

The Day After Stopping Breastfeeding

It almost seems like after the outpouring of emotions during that final feed, that the aftermath would be tragic and difficult, and make me want to give in and go back. But you know what? It was nothing like I imagined.

The next day, Charlie went through her normal routine (we had dropped down to just the one nightly feed at that point), and as bedtime drew near I became anxious once again. I made plans with my husband for him to switch out with me if it became too much, or if I couldn’t distract her.

I dressed her in her PJs, gave her a few sips of water, read her favorite books (including the new one I bought as a new routine gift), and waited. Waited for the request for “Milkies”, waited for her to lift my shirt for the all-access pass. I moved through the bedtime routine and spent the entire time on the defensive, bracing myself for the ask and the emotions it would bring up.

But it never came.

She didn’t ask for it. Not once.

It was like she had understood me the night before when I told her that it would be our last time and that after that night there would be no more.

She didn’t ask. She didn’t lift. She just cuddled against me and let me rock her in the dark, before tuck in.

I sat there in the dark, with only the sound machine sending out it’s white noise, and wondered what was happening. Surely she didn’t actually know what I meant.

I realized I should probably not draw out the routine any longer and put her to bed before she realized what was missing. I tucked her in and kissed her forehead, and in a daze found myself walking into my bedroom to announce “she didn’t even ask for it.”

And you know what I felt? Disappointed.

I had spent so much time and energy stressing out about the end, that I felt for sure it would be hard on Charlie, and that since SHE NEEDED ME in that capacity, I would be the one who had to break the chain and find ways to comfort her in the transition.

Turns out, the emotions were mine, and mine alone. I was the one who needed it, not the other way around.

I kept thinking maybe she would ask for it or revert back to her old ways the next day, but she didn’t.

She did bring it up once, in a sly “I know the answer” type way by saying “Milkies? No, no more” all in one breath, with a little grin since she was the one providing both question and answer. I simply responded “Nope! But you can have water!” and she laughed.

And just like that, our new path was formed.

Our relationship after stopping nursing 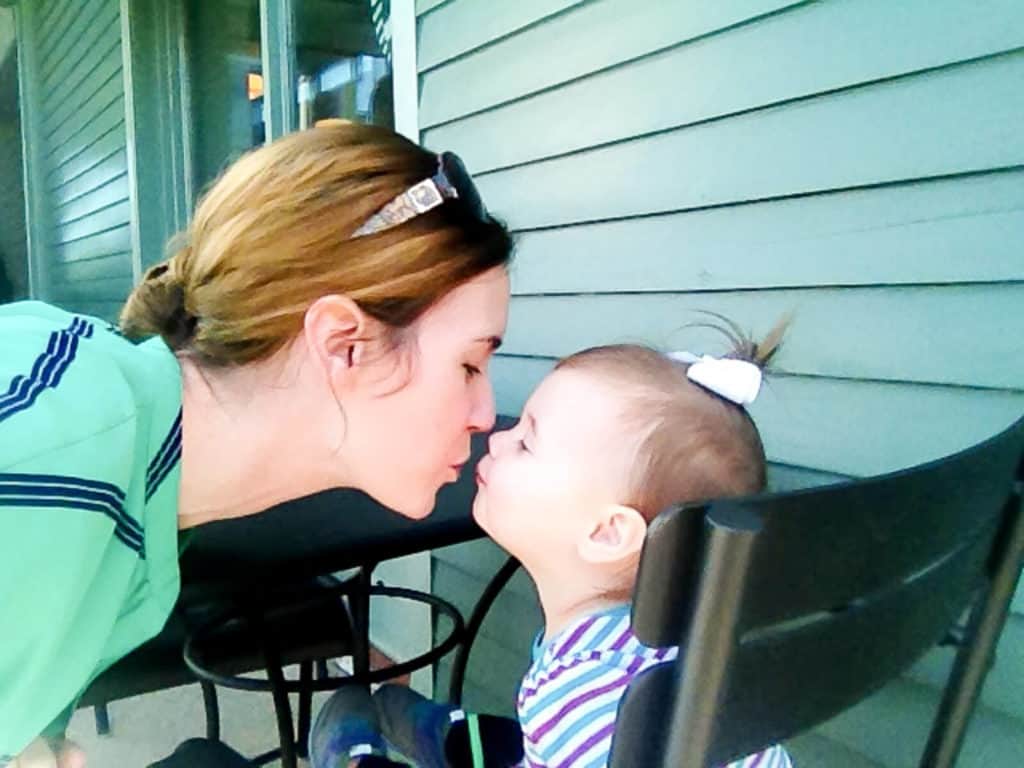 One of the biggest things I was worried about was losing that special connection and bond with Charlie. I was so relieved to find that in the days after, not only was the stress lifted, but our time together became more enjoyable.

I wasn’t trying to speed her through a session to cut down on feeding time and wasn’t having to redirect her when she was trying to access the goods.

Instead, we sat and cuddled, we read books, we just spent time together. I found as the days passed she grew more and more affectionate and replaced her connection with me from simply nursing to giving more neck hugs, wanting to sit on my lap more, and wanting just to be close in other ways. 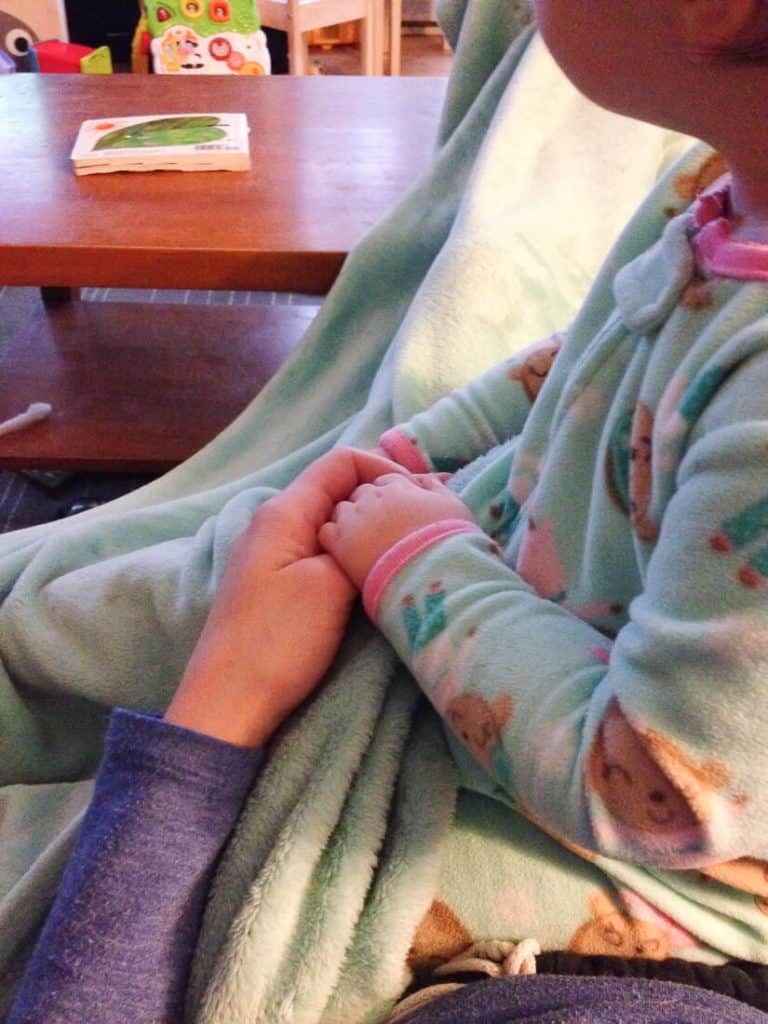 It made my heart soar. Rather than feeling upset and like we were being ripped apart, I felt relieved and excited for the new journey ahead. I found new things to appreciate about her and enjoyed watching her grow in other ways. Some days I missed being able to just hold her and nurse her (as I think many would feel at some point at least), but the new memories totally outweighed those thoughts. Plus it was nice to not have to always wear nursing friendly clothing anymore!

Thoughts for other mamas

Each of our journeys are different—our desire or ability to nurse in the first place, the struggles we encounter trying to make it happen, and the feelings we feel along the way are unique to us as individuals. I feel lucky to have had a smooth transition, and know that there are likely many mamas who had a difficult time.

But the one thing I have found in talking with countless other moms is that no matter how difficult the journey was, or how hard it was to stop breastfeeding, that each mom is able to move on from that point and begin to build a new way of life with their little.

Some mamas have had to do a little bribing, some have chosen to go back to limited nursing after trying to wean. But eventually, those that have stopped are able to move on, both in the process and in the feelings associated with weaning from breastfeeding.

There is no right time for everyone. Each of our situations are unique and special, and questions like “when should I stop nursing” or “should I keep breastfeeding my toddler” will be answered by each respondent differently. What matters is that you follow your heart, your needs, your baby’s needs.

And just know that the feelings that you are feeling are valid and not something you should be ashamed of. Whether you are ecstatic to stop, or dreading it, there are other moms who have felt what you are feeling.

Reach out to those around you, share your questions on The Mom Friend’s Facebook page or Instagram, and find your mom tribe to help support you in the transition. Motherhood is something that connects us all, and you are not alone in this journey.

How did your transition from nursing go? Did you feel like something helped make it a smooth transition, or something you learned that might help other moms? Leave your thoughts and tips below! 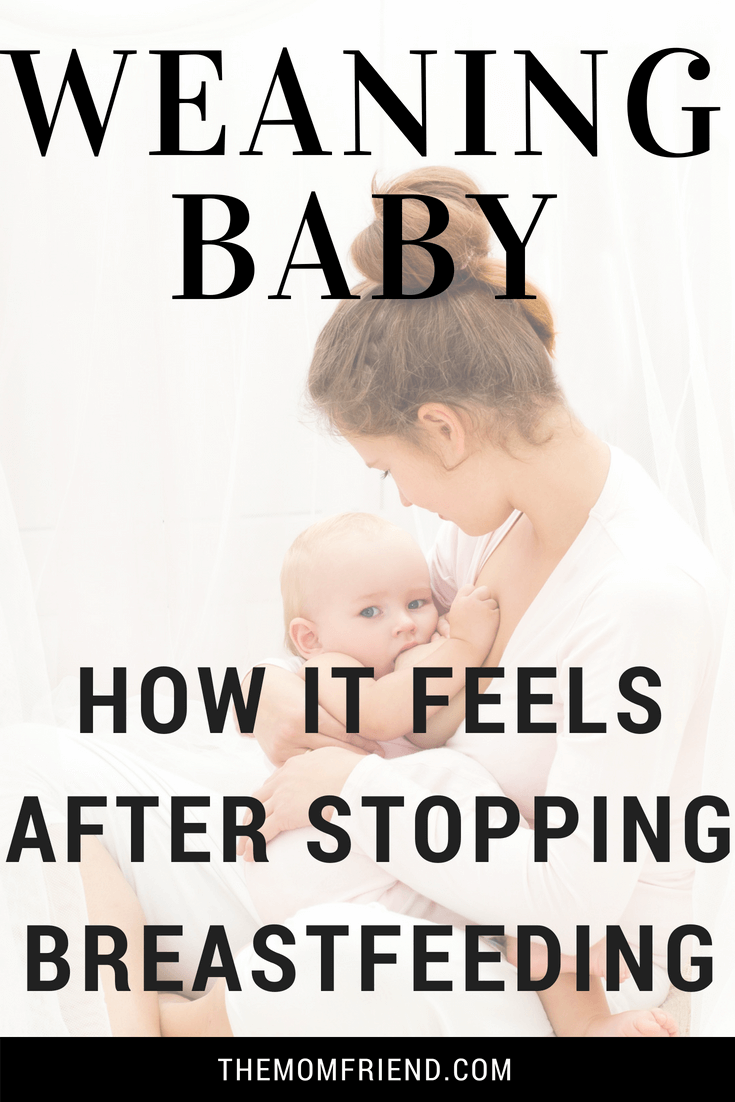